THE ART OF JESSICA CONN

A kid at Heart 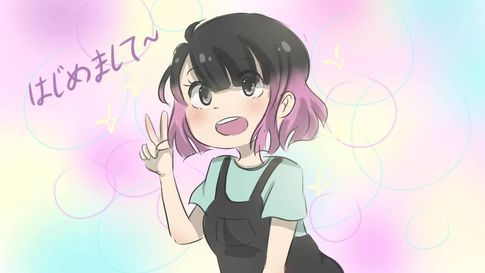 Jessica Conn is originally from the frozen frontier of Anchorage, Alaska. Displeased with the cold outdoors, Jessica found solace in indoor activities, like watching cartoons on TV. Born in the mid 90’s Jessica got to experience arguably some of the wildest and wackiest cartoons of our time, which inspired her to spend all of her free time drawing and creating, whether it be a fully realized piece or a napkin doodle, which is something she still does every day. As she furthered her ability to draw as well as write, these cartoons became comics and storyboards. This led her to eventually want to pursue a career in filmmaking.

Jessica chose to apply to colleges in the sunny and warm west coast, the opposite of her snowy home. She was able to accept a large scholarship and attend Arizona State University. Originally, she only pursued a degree in live action filmmaking, but found that she still spent all of her free time drawing. She then decided to also pursue a degree in drawing, and marry her two loves, drawing and film, to push her career toward animated media. And recalling all of the comics she created as a child, she chose to pursue storyboarding specifically.

Wanting to put her skills to good use, Jessica currently works as ASU’s premiere storyboard artist, working on at least three storyboards a month, and helping her fellow filmmakers bring their ideas to their first visual forms. She also does freelance artwork such as painting, comics, animations, and shirt designs to help pay off her student loans (As well as sending anime girls into space #Nosauce).

Her goal is to one day work for an animation studio and tell her personal story, as well as others’ stories through animated art. Her inspirations are Magical Girl anime, 90’s cartoon network and nickelodeon shows, and Golden Age Disney movies. Despite loving cartoons and cute things, she can run a full size steamroller  (So watch out 😉).

Current In the works designs for some shirts I want to make.

These will be moving to my portfolio upon completion, but for now please enjoy my literal "figure" drawings.

This started in my Drawing II class when the professor asked us to bring in objects for structural drawing practice. I don't particularly enjoy drawing bottles and boxes so I brought in my Madoka figure to draw. Since then I've been incorporating anime girls into all of my drawing in that class, something I don't mind being known for because they're so cute.